Bed 3 Almost Made and Grandma Comes to the Garden

It was a busy weekend.  Busy, but good.

I pulled out the already flowering remnants of the last couple of broccoli plants (the good broccoli, not the EPS), transplanted two cilantro and one dill plant into pots, and weeded bed three.  Then amended with some well composted manure and some home grown compost.  Good stuff.

Then came the ollas.  I’m not a video editing guy any more than I’m a picture editing guy, so… here is the first video.

In the midst of all of this my Grandma from Kentucky came into town for a quick visit.  When I was a kid she had a MASSIVE garden that grew a plethora of veggies year round (southern California at the time… very nice).  My garden is a little pathetic compared to hers and it’s in the awkward in between seasons phase, so it wasn’t looking its best, but she was still very encouraging.  You gotta love a gardening grandma!

In all… good weekend.  It felt like I got a lot done, but still a ton to do.  Feels good to finally get some of these ollas and seedlings in the ground! 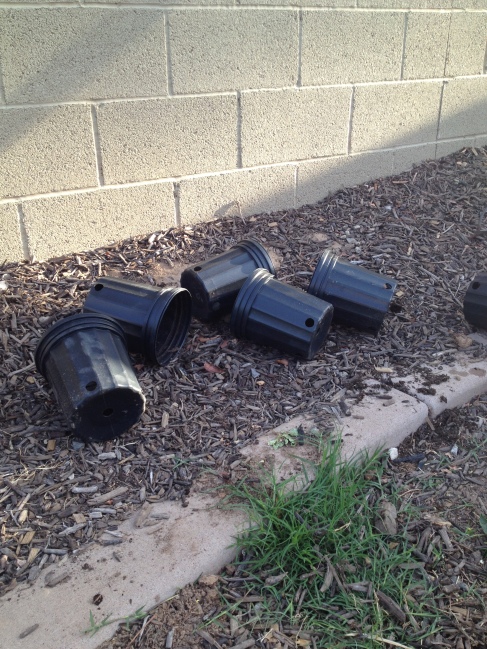 This is just an example for you inexperienced (ahem) picture takers out there.  This is what NOT to do, taking a picture towards the sunrise with no filter or anything.  It makes for a bad picture.  Don’t do that.

This is a little better. 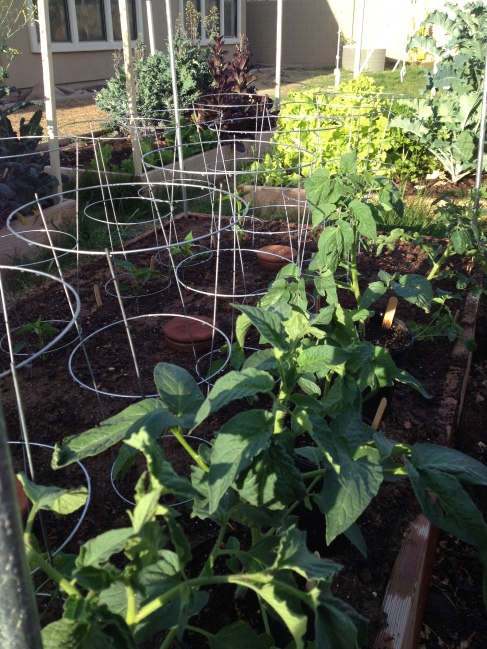 And a few updates from other things in the garden.

This is what happens when you occasionally plant random things and forget about them.  Hello little pansy!

And finally, the one I’ve been waiting for… for a year and a half now!  From the depths of the most giant plant I have ever grown comes…. the first artichoke!!!!  Yeah!!! and there was much rejoicing.