Posted on January 28, 2014 by JonesGardenBlog

It seems like the peppers and tomatoes never sprout.  Why do they take so LONG?

Maybe a better question is, why am I so impatient?  🙂

I planted peppers and a few tomatoes last week.  I’m late, but better late than never.  I have a few varieties planted and I am beginning to question my strategy already.  Is it better to plant fewer varieties (particularly of the tomatoes), so that you have a more uniform harvest to preserve or is it okay to possibly mix several varieties?  Hmmm…

Here are the tomatoes.  I did start some sauce tomatoes, which is something that we haven’t done before.  I have been noticing that canned tomatoes are one of the few canned veggies we buy on a regular basis.  Hopefully we can get enough to put a few jars away this year. 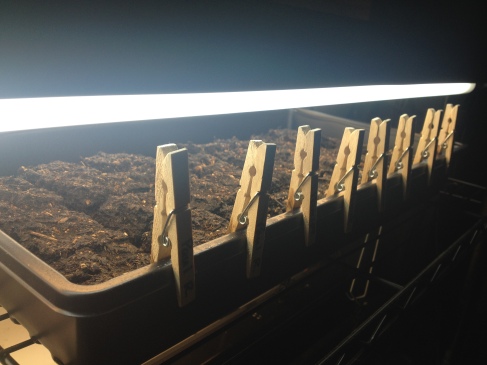 Of course you can’t actually TELL that they are tomatoes, because none of the little gems have shown themselves yet.  Actually they look suspiciously like the peppers. 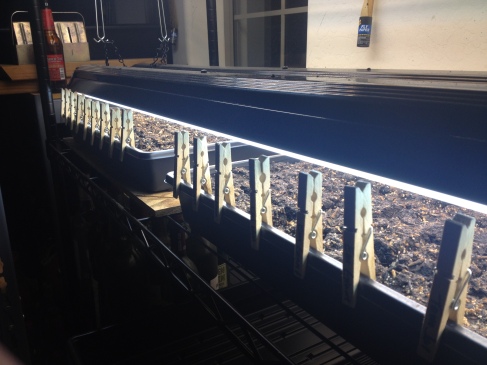 In the meantime… I have discovered a problem out back.  It appears to be some sort of pocket gopher.  Can’t say I’m real thrilled about that.  Hasn’t appeared to have found the garden yet.  He’s off in the grassy area, but my yard is not that big, so it’s just a matter of time.

Anybody know any good tricks for getting rid of the pesky little buggers?  I’m not big on the poison bait idea but I’m contemplating traps or gas.  Anybody?

This entry was posted in gophers, peppers, tomatoes. Bookmark the permalink.